Last weekend, One North attended and was one of the sponsors for HackIllinois, a 36-hour hackathon event hosted at the University of Illinois at Urbana-Champaign. Some of our One North Developers attended to help out, answering questions and serving as mentors for the hackers. 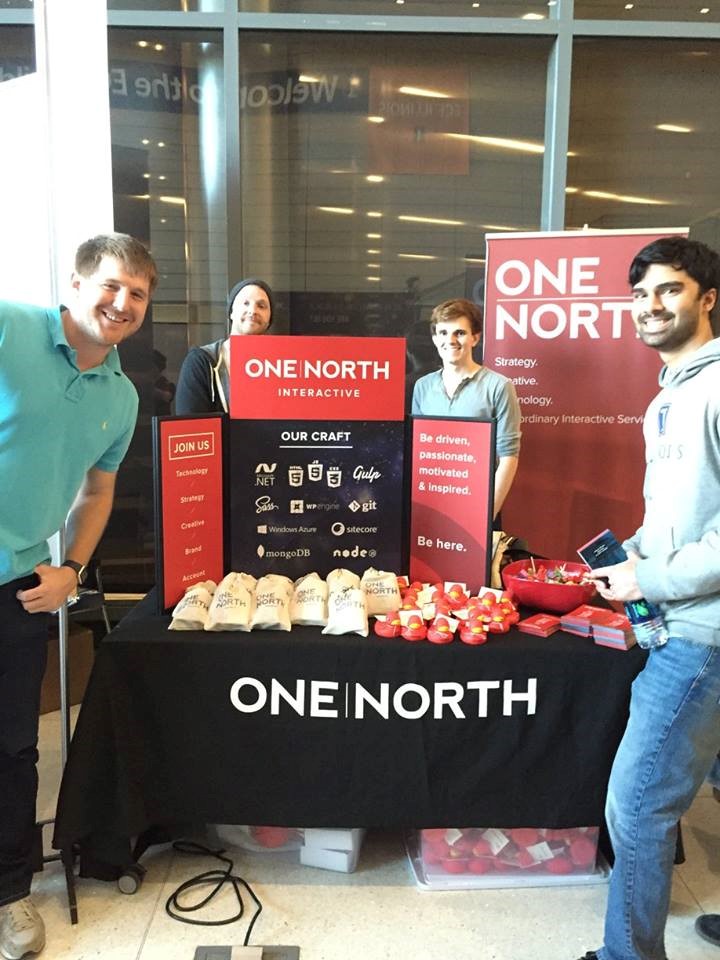 We sat down with a few of the developers after the event to get their thoughts on and impressions of the experience:

What was your experience like attending HackIllinois?
Tom Mahr (Developer, One North): “This was the first time that I had been involved in any type of hackathon event. It was great to be able to interact with students with different degrees and backgrounds.”

Karthik Singh (Developer, One North): “I was able to talk one-on-one with students ranging from having no work experience to being a seasoned vet of the intern life. Both cases merited unique perspectives that I would've otherwise been totally unaware of.” 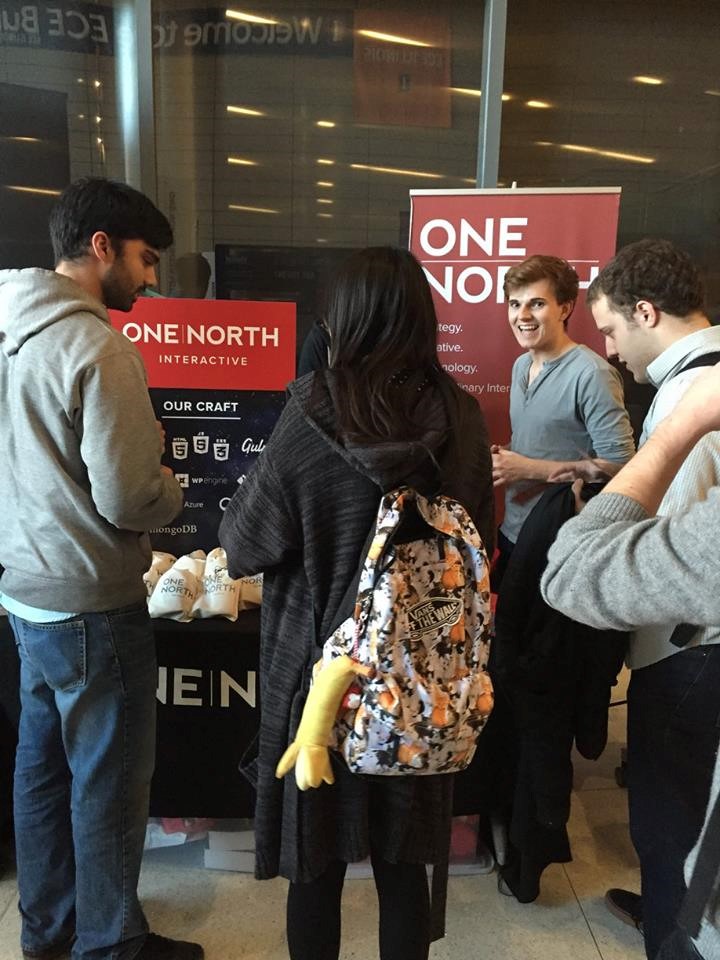 Kyle Mattimore (Developer, One North): “I had attended many hackathons as a student, but this was my first time on the other side of the table. It was fun to talk about One North and my transition from a student intern to a full-time employee.”

What was your most impactful moment during the hackathon?
Tom: “The most impactful moment for me was during the career fair portion of the event. Many students came by looking for internships or jobs, but one of the students was a Freshman and new to Digital Development, just looking for career advice. I was able to speak with him and give him some guidance on the best approach and how to be successful in the recruiting process.”

Matt Weeks (Developer, One North): “I think the most impactful moment personally was the VIP talks. Although some of the material was pretty fundamental, I always love hearing successful people revisit their keys to success.”

Karthik: “As odd as this may sound, the most impactful moment of the hackathon to me was coming into the main building at around 8:30 or 9am and seeing all the participants sprawled out in different areas of the building, totally asleep on the floor. Even though I knew the event was 36 hours of coding, I was still impacted by the dedication of the developers. These guys are serious, and when they sign up to code for 36 hours, they’re going to code for 36 hours (minus the few-and-far-between floor naps).”

What were you most impressed by at the event?
Matt: “The amount of different applications being worked on by the hackers. Everything from real world medical apps such as vital sign monitors, with reporting and mobile alerts, to iWatch dance games.”
Kyle: “I was impressed by the amount of mentorship and resources available – the entire event was a big incubator for learning and creativity.”

Those were just a few of our thoughts from the event – thanks to all the students who helped coordinate this impressive hackathon! We can’t wait for next year.

Interested in applying to work at One North? View our current open positions here.

At the time of publishing, Kayla was a Marketing Coordinator at One North.

As an Architect at One North, Tom builds and maintains websites and applications for our clients. By collaborating with his team, he is able to provide best possible solutions with efficient and well-practiced implementation capabilities.

At the time of publishing, Karthik was a Senior Developer at One North.

As a Senior Developer at One North, Kyle "solves problems and builds cool things." He received his Computer Science degree from the University of Michigan and considers himself a self-taught network/security geek.

As a Senior Developer at One North, Matt works with a strong knowledge of programming technologies and JavaScript libraries to implement full-stack development on new and existing projects.