One North was proud to join mentors from leading technology companies at HackIllinois last week. As a sponsor of the 36-hour hackathon event hosted at University of Illinois at Urbana-Champaign, our team of developers provided on-site support to help students and give advice. With over 900 students participating from across the country, the crowd's energy, passion and creativity was just as inspiring as seeing such a diverse group of students interested in innovation and technology. Here are our takeaways from the all-star event.

The projects were just as diverse as the students themselves and their approaches to each hack. Students traveled from across the Midwest and Canada, some arriving solo and others in teams. Many came to the event without a single idea as to what they would hack, while others came to tackle projects that had been in the works for months. The projects ranged from software development to hardware hacking and LED light fixtures to tea makers.

This was my first year attending HackIllinois, and all I could think the entire time was how great the event was and how jealous I was that it didn’t exist when I was on campus. It was run very smoothly, and the students in charge were extremely accomdating towards us. 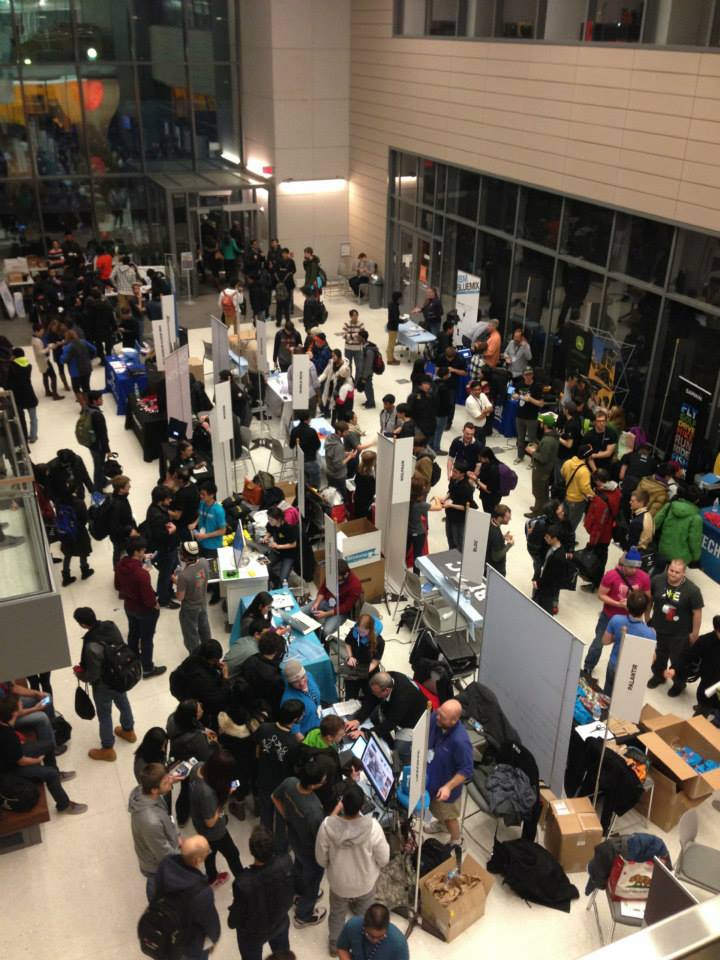 Web-Tech Industry is Evolving, and Fast
Being able to chat with the students one-on-one was not only beneficial on personal levels, but really demonstrated how the web-tech industry is constantly shifting and evolving. Many conversations really brought to light how much there is to grasp and how much further the industry can go.

I think 80% of the time I talked to someone I would learn about a new technology that they were using. 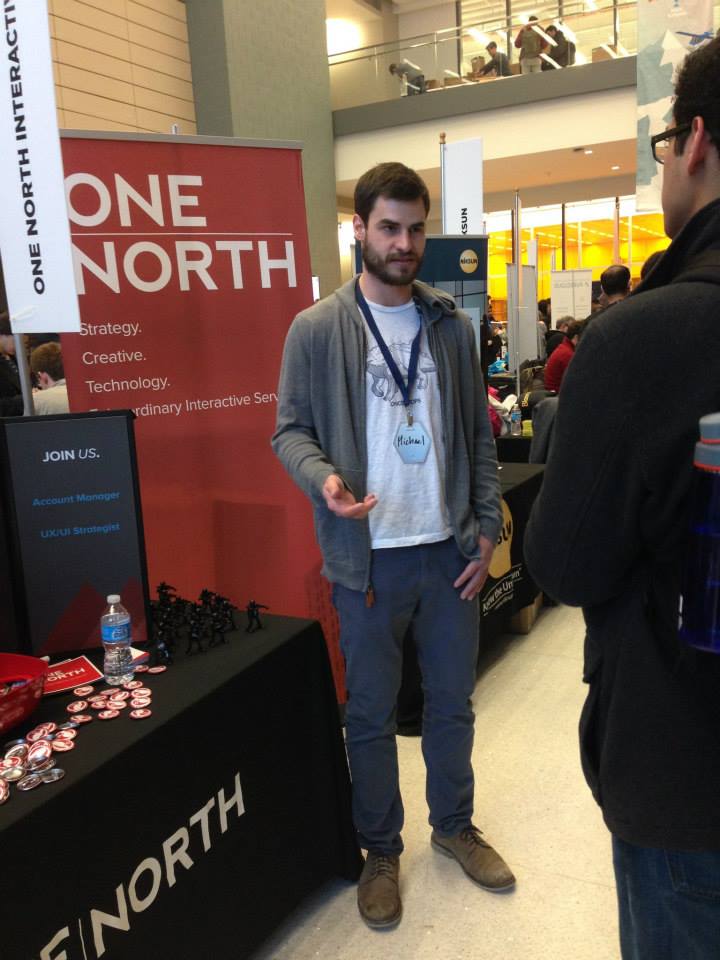 Outside the Box
Considering the range of materials used—PVC pipe, wood and power tools—fundamentally changed our definition of a “hack.” When people think of a hacker, it’s usually dealing with software or some form of computer hardware, but reality is, there are many hackers that don’t deal with computers at all. At the end of the day, it’s really about creativity and thinking outside the box, which can apply to anything.

Hands-On Mentoring
In an effort to help sponsors interact with the students, HackIllinois introduced an app this year to connect sponsors and hackers seeking help on their projects. Our team was able to help a student fix a bug in his web app.

There’s no satisfaction in this world like the kind you get from helping somebody, especially when that somebody has been awake for over 24 hours staring at thousands of lines of code. I’ve been in that situation many times, and it’s nice to finally be able to help somebody out of that kind of hole.

Fostering Innovation
Overall, the quality of projects and the caliber of students involved with HackIllinois exceeded our expectations and left us excited for the future of technology. It’s always fascinating to see successful events run by students, for students.

The event itself attracts nothing but top-tier students who are the next wave of innovators and masterminds of our nation. At One North, we have a deep appreciation for the power of creativity and teamwork, and we felt right at home at HackIllinois alongside other like-minded individuals who value the same.

For more photos of the event, check out our album on Facebook! You can also find the winning hacks from the event here.

At the time of publishing, Sravan was a Developer at One North.

At the time of publishing, Donald was a Developer at One North.