RIP Adobe Flash: Its Demise Is Changing Your Web Browser

The once pervasive Adobe Flash is now coming to an end.  Its degradation has been talked about since the first iPhone, which didn’t provide support for Flash, was released back in 2007.  With the release of the iPad in 2010, Steve Jobs published Thoughts on Flash, discussing HTML5, CSS and JavaScript’s ability to recreate anything in Flash with web-open standards, suggesting Adobe Flash’s inevitable downfall.

In January of 2015, YouTube changed its default player from Flash to HTML5.  In June 2016, Google AdWords changed their default from Flash to HTML5, and in January 2017, ads in the Flash format will no longer run.  Google Chrome will also have HTML5 as the default by the end of 2016.  FireFox and Internet Explorer Edge are following Chrome’s lead, with Firefox rolling out HTML5 at the beginning of 2017 and Internet Explorer Edge doing the same that summer.

The big rush for browsers changing their support has been led by Flash’s extensive security issues over the past 2 years.

What does this mean for me?

If your site is using Adobe Flash, each time a user comes to your site they will be prompted to run flash by clicking to play. 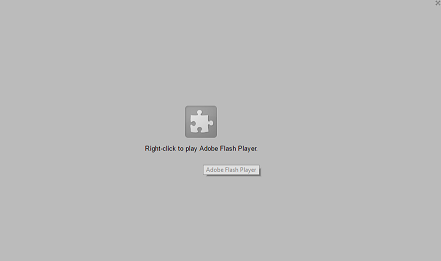 If your site is using Adobe Flash in any way, you should start to plan and build alternatives with HTML5, CSS and JavaScript to prevent this from happening to your users.

As Director, QA & Managed Applications, Michael is responsible for delivering One North digital experiences to clients and creating both web applications and custom data integration solutions. Michael’s favorite Chicago spot is the United Center, watching the Hawks in the playoffs.