What Do We Do In Our Free Time? – FIRST Robotics Competition 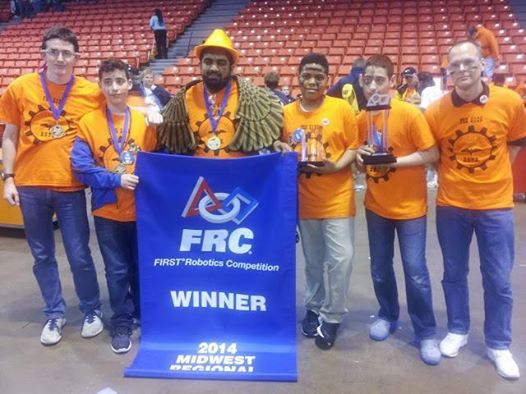 As a high school student, I knew I wanted to do something with computers, but I never had an outlet for my interest. I was fortunate enough to learn that my school was involved in the FIRST Robotics Competition, a program which encourages mentors to work side-by-side with students and teach them important skills. Being in the program not only added to my interest in computers, but it also enabled me to go beyond technology and develop crucial soft skills. Ever since, I've had the “FIRST Fever” and now mentor a rookie Chicago team based out of Horizon Science Academy at McKinley Park. Here’s a brief overview of our team, Hawks On The Horizon, and how our year has gone thus far, written collaboratively by me and a student on the team, Sergio Ortega:

FIRST (For Inspiration and Recognition of Science and Technology) is a youth organization that hosts competitions to inspire students to become science and technology leaders. Teams build a robot in a matter of six weeks using engineering skills they develop during the season. This year’s challenge in FRC (FIRST Robotics Competition), the high school-aged FIRST program, was to pass a 2-foot wide ball to two other robots (alliance partners) and eventually shoot it in a goal 7-feet high. However, through our experience, we learned FIRST is much more than the robot we build.

We started our team a week late into the 6-week build season with only four members. Being a rookie team meant learning everything about the program from scratch, and as our team members were younger than average, it meant learning even more. The team struggled with a lack of mentors, parts, tools and money. Even worse, students began to lose interest or struggled to make meetings, resulting in our team dwindling down to three 7th graders. With less than 5 weeks to go until the Midwest Regional competition, the team completed building the basic chassis of the robot and began to work on ensuring that the robot would pass inspection – so that we’d at least get the opportunity to see the field.

It wasn't too long before we had to compete at the University of Illinois - Chicago in April. Because this was our first competition, we were going to try our best, have fun and learn as much as we could. It was still really tense, as we started off the Thursday practice day with no working robot and had to get it running in 6 hours. With lots of help from other teams, and determination, we were able to get the robot running and ready to go for our matches on Friday and Saturday by Thursday evening.

We developed a strategy to play heavy defense and, even with some losses, were successful at proving our strategy effective. As a rookie team, we ranked 18th out of 53 teams and were the only rookie team selected to play in the elimination final rounds. There were a lot of people from other teams cheering for us, which gave us motivation. Armed with a well-thought-out strategy and effective communication with our alliance partners, we were able to pass through the quarter finals, semi-finals and ultimately win the Midwest Regional! We did exactly what we set out to do: tried our hardest, met new people and had a ton of fun. It was truly a great experience! 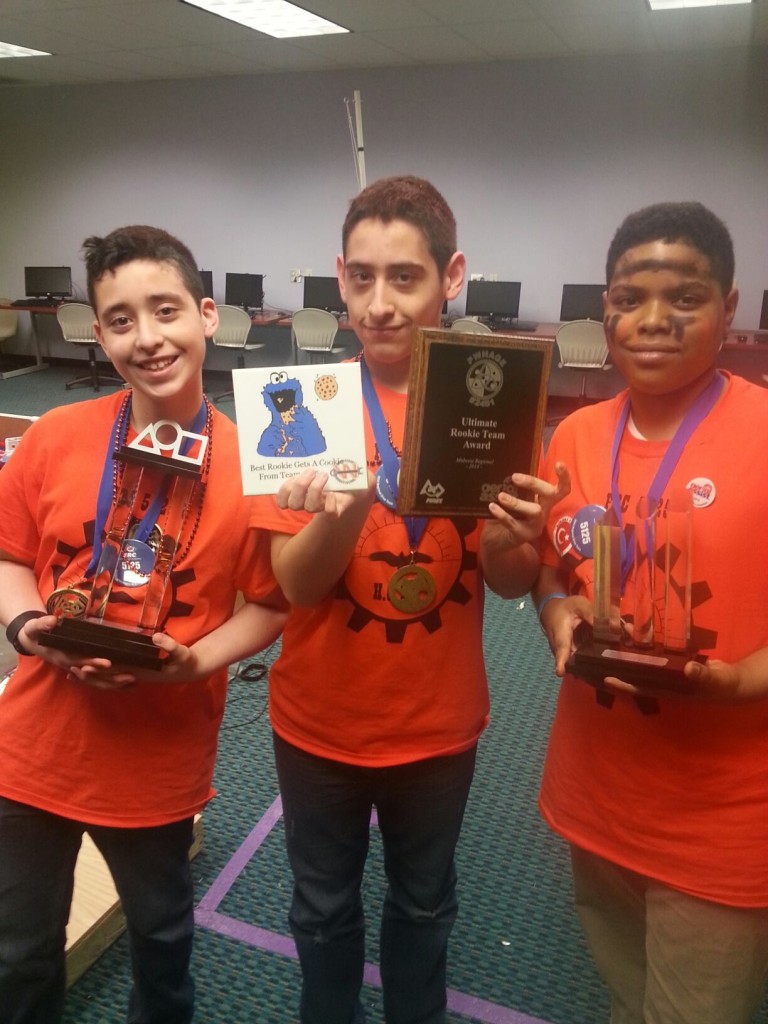 Our experience taught us that FIRST is where you celebrate Gracious Professionalism, give high-fives and pat each other on the back – no matter what happens or who they are. You congratulate each other, even those who may be your opponents for a particular match. FIRST is where you meet new friends and work with things you never knew about, like sponsorship letters, business plans and outreach campaigns. FIRST is where you use your mind to solve challenges around you. Our first competition was so exciting that we’re trying to further grow our team. We’re preparing to engage potential sponsors, spread FIRST to our community and other schools, and build upon the skills we’ve learned. With our regional win, we’ll be heading to St. Louis April 23-27 to compete in the 2014 FIRST Championship against 300+ other FRC teams. Wish us luck!

Visit us at https://www.facebook.com/FRC5125 for updates on our team.

At the time of publishing, Sravan was a Developer at One North.